Condos in Downtown Miami Reportedly Gaining Residents (If Not Value)

Condo prices may not be recovering yet in downtown Miami, but enough units have been sold and rented that the area is gaining residents and becoming more lively.  That’s the conclusion of a study reported by the Miami Herald today.  (No mention of Coral Gables, but the trend there is probably comparable.)  A few highlights: 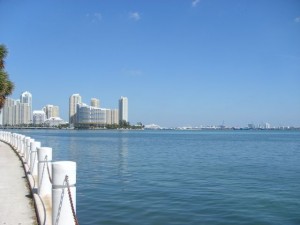 A choice quote comes from a nightclub operator who says things are going well.  And why, praytell, are things going well?

“Renters are the ones with the disposable income.”

Owning a home shouldn’t mean otherwise ruining your life, but that’s exactly what happens when the financial/real-estate complex convinces you to commit an unreasonable portion of future earnings to housing.

posted by // This entry was posted on Friday, March 12th, 2010 at 11:09 am and is filed under Financial Responsibility, Real Estate Market Data, Real Estate News. You can follow any responses to this entry through the RSS 2.0 feed.