Miami Existing Home Sales Up, Median Price Down, in March 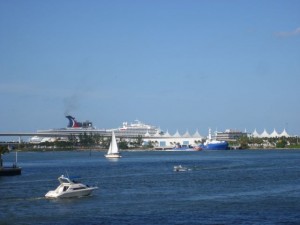 According to the Florida Association of Realtors, 649 existing single-family homes sold in the Miami metro area last month.  Sales were:

posted by // This entry was posted on Saturday, April 24th, 2010 at 7:36 am and is filed under Real Estate Market Data. You can follow any responses to this entry through the RSS 2.0 feed.