According to the Case-Shiller Home Price Index for the three months ending March 2010, home prices in Miami were essentially flat compared to the prior month’s reading. 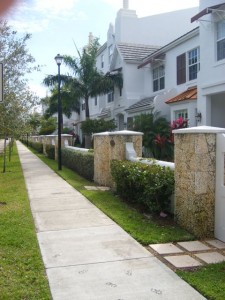 The big picture is consistent with the dire views expressed here in 2008:

“[P]rices in Miami will fall 30% to 50% over a period of three to four years, and not return to their old highs until more than a decade has passed”

“[P]rices in New York will be roughly flat at best for about five to seven years beginning in 2005, with greater risk to the downside than to the upside.”

“[S]ignificant downturns in real estate prices have taken three to four years from the time prices start falling to the point that they reverse up from their ultimate trough.”

Another characteristic of real estate busts is that prices typically bounce from an initial low before sinking to the final low.  This cycle is shaping up true to form.

posted by // This entry was posted on Friday, June 4th, 2010 at 10:45 am and is filed under Real Estate Market Data. You can follow any responses to this entry through the RSS 2.0 feed.