The Housing Market Index maintained by the National Association of Home Builders and Wells Fargo posted a sharp decline in June.  The index fell 5 points from 22 in May to 17 in June, one of the bigger drops on record, and the biggest since a decline from 14 to 9 in October-November 2008. 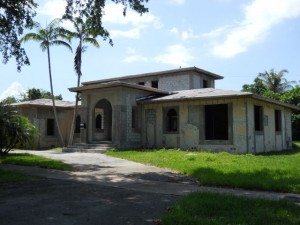 But don’t read too much into the decline — yet.  The index had surged through May, as the artificial boost from the expiring homebuyer tax credit worked its way through the system.  So the current level merely reflects a retreat to the poor sentiment that prevailed before the government-induced surge.  The index remains up sharply from the single-digit, Armageddon levels of November 2008 to March 2009.

Keep an eye on the next few months.  A level of 17 reflects despair.  If the index breaks below 15, that would reflect a renewed sense of crisis.

posted by // This entry was posted on Tuesday, June 15th, 2010 at 10:06 am and is filed under Real Estate Market Data. You can follow any responses to this entry through the RSS 2.0 feed.