Opportunity and Risk in the New York Suburbs

It’s too soon for prices to start rising in the New York suburbs, and significant risk remains for further declines.  Beware salesmen (and saleswomen) bearing happy-talk.

According to the National Association of Home Builders, the New York metro remains the least affordable in the nation, with a median home price of $409,000 and a median income of $67,400, a ratio of 6 to 1.  That’s down from 8 to 1 at the peak of the real estate mania, but still far above the 3 to 1 that prevailed in New York before the boom began.  Sure, record-low interest rates ease the pain, but if rates rise faster than incomes, the downward pressure on prices will intensify.  That’s what pricked the bubble a few short years ago.  Have we already forgotten?

A similar observation works at the micro-market level.  Consider the exemplary New York City suburban yuppie enclave of Cedar Knolls, a neighborhood in the city of Yonkers that shares a zip code and much of its daily life with the adjacent village of Bronxville.

Bronxville is no median suburb.  Wikipedia puts the median family income at $200,000.  The average kid taking the SAT at Bronxville High School scores at about the 90th percentile nationwide.

Being in Yonkers, Cedar Knolls doesn’t get Bronxville schools.  But most of the houses are classics from the 1920s, and carry much lower price tags and property taxes than their Bronxville counterparts.  The combination of beauty and relative affordability makes Cedar Knolls a popular choice among young professionals who work in New York City, but haven’t gained master-of-universe status.

You won’t find income data for Cedar Knolls, but a proxy will do.  Let’s compare Cedar Knolls home prices to a widely published compensation benchmark for young professionals in New York: the salary of first-year associates at big New York City law firms.

If you don’t want to pay a bubbly price for a house in Cedar Knolls, you might want to stay close to the pre-boom ratio of 5 to 1, which works out to $850,000.  But sales prices during the past year suggest that you’d have a hard time paying so “little”: 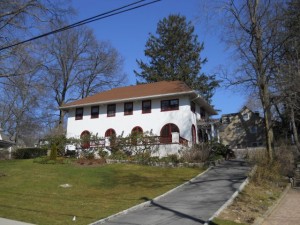 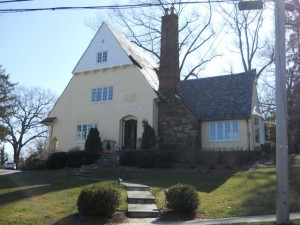 But there are some decent opportunities out there: 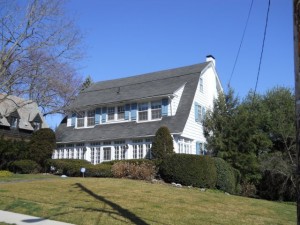 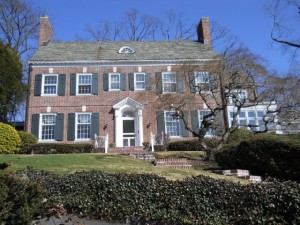 All four of the above properties are basically within a one-block radius.

After a real estate boom, overvaluation is worked off by a combination of falling prices and rising incomes.  While that plays out, the market will present attractive opportunities to savvy buyers.  REF Real Estate likes savvy buyers.

posted by // This entry was posted on Monday, April 9th, 2012 at 8:46 am and is filed under Properties in Focus, Real Estate Market Data, Real Estate News. You can follow any responses to this entry through the RSS 2.0 feed.