Sleek designs and artsy interiors are de rigeur in the resurgent Brickell-area condo boom in Miami.  Cranes again fill the skyline, as one after another project opens a sales center and breaks ground. 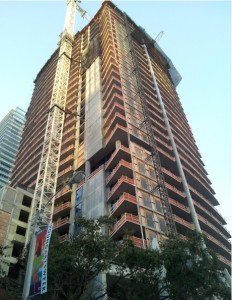 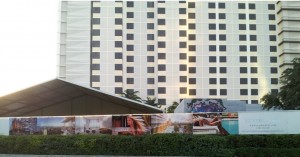 The cynical view is that few full-time residents will occupy the thousands of units that these towers represent, and that the buyers consist of wealthy Americans seeking a Florida address to avoid state income taxes, or wealthy Central and South Americans looking for U.S. assets to escape their native countries’ inflationary and capital-threatening environments. 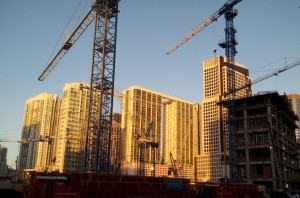 Another view is . . . who cares?  Downtown Miami is becoming a modern metropolitan mecca, a magnet for international wealth to rival other great cities.  You can’t expect jet-setters to stay in one place all the time.  So if the lights aren’t all on, that’s okay.  The jewel-encrusted skyline will sparkle plenty anyway. 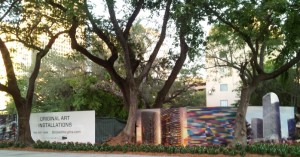 posted by // This entry was posted on Saturday, November 30th, 2013 at 8:38 pm and is filed under Real Estate News. You can follow any responses to this entry through the RSS 2.0 feed.