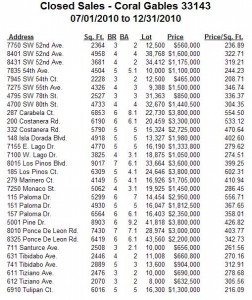 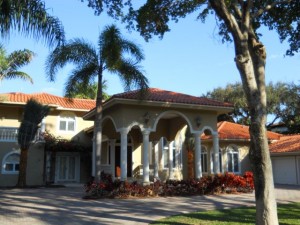 Data are from public records, and thus are not limited to MLS transactions. 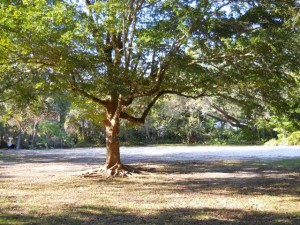 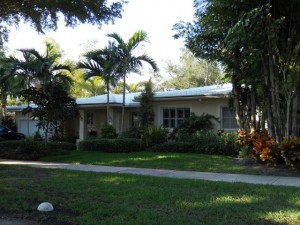 posted by // Comments Off on Q3 and Q4 Review: Closed Sales in Miami and Coral Gables Real Estate, Zip Code 33143

Photo of fountain at private home in Biltmore Hotel neighborhood of Coral Gables. 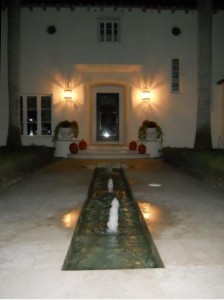 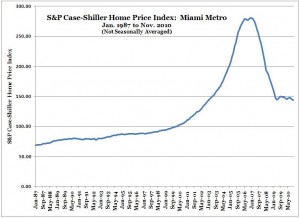 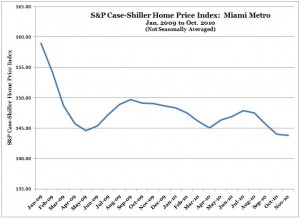 posted by // Comments Off on S&P Case-Shiller Index Ticks Down for Miami, But Less Than Last Month

posted on January 29th, 2011 filed under: Properties in Focus

The grand home at 5001 Pine Drive in the Ponce-Davis neighborhood of Miami near Coral Gables sold recently.  A significant concentration of luxury homes dots the landscape in Ponce-Davis.  Right next door to 5001 Pine Drive is the monumental home that Facundo L. Bacardi (yes, of the adult beverage dynasty) is building on 3.65 acres at 4975 Pine Drive. 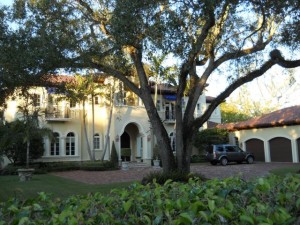 Valuing this luxury real estate sale will be a challenge for brokers in the Miami and Coral Gables market.  There will be two big points of contention.

If you were really cynical, you’d say the seller overstated the value of the furniture to save on deed recording taxes.  But seriously, is someone selling a $4 million-ish mansion in Ponce-Davis — who just accepted about half a million less than the asking price — really going to openly cheat on their taxes in order to save a relative pittance on the measly deed recording tax?  We’re talking about a deed recording tax of 0.60%, which amounts to $1,500 when applied to the $250,000 at which the furniture was apparently valued.

I’m going with $3.8 million as the true sale price of this Miami mansion.  The buyers could easily have spent $250,000 if they hired an interior designer and redecorated.  Kudos to them for slumming it and living with the used furniture that outfitted every room perfectly well.  It was all high-end stuff, of course, and now the buyers can enjoy their lives instead of hassling with a design project.

I would look to the Miami-Dade public records on this one, to be consistent with the way properties are usually listed.  That’s what the foregoing $422.55/$450.35 figures reflect.  Gotta compare apples to apples when doing comp sales analyses.

Sales of bank-owned properties fell in Coral Gables in 2010 compared to 2009, on both an absolute and percentage basis. 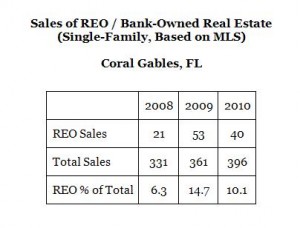 Can you guess where this fountain is? 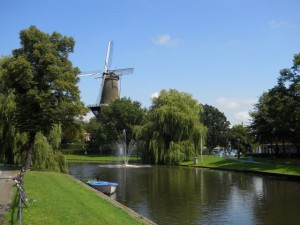 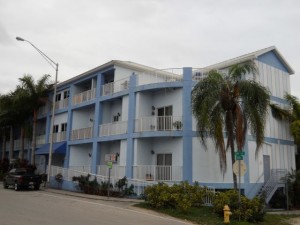 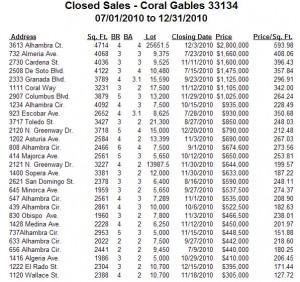 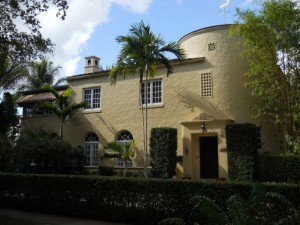 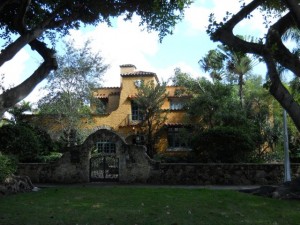 posted by // Comments Off on Q3 and Q4 Review: Closed Sales in Miami and Coral Gables Real Estate, Zip Code 33134

Photo of fountain at University of Miami School of Law in Coral Gables, Florida. 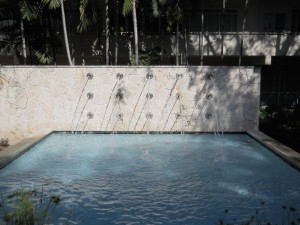 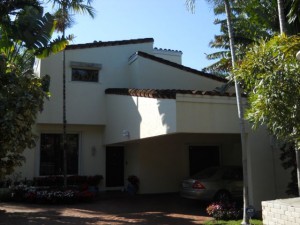